How To Avoid Getting Stopped 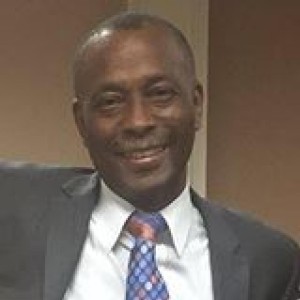 Following are the top 20 reasons you can get pulled over!

Go the speed limit—the actual speed limit! Going over the speed limit is not only illegal, but it could also put you in a potentially life-threatening situation. The faster you go, the longer it takes for you to react to a change on the road such as:

Texting while driving has become a life-threatening norm. This can be especially true to teen drivers who lack experience, and well-developed driving skills. Practicing safe driving by choosing not to text while driving will help you to:

High school students who frequently text while driving, are more likely to commit other offenses such as:

The Facts: Any type of cell phone usage while driving can be problematic. If you use Social media, messaging apps, GPS, or music while driving it can draw your attention away from the road

3. Not Wearing Your Seat Belts - "Click It or Ticket"

Not wearing your seat belts will get the attention of the police. Every state has a primary or secondary seat belt law.

Primary: Primary seat belt laws allow an officer to ticket a driver or passenger for not wearing their seat belt, regardless of whether any other traffic offense is taking place.

Secondary: Secondary seat belt laws allow an officer to issue a ticket for not wearing a seat belt only when another citable traffic infraction has occurred.

Laws vary by state. Review your state’s seat belt laws before you decide not to “click it”.

Did You Know? Seat belts save an estimated 15,000 lives annually.

Like speeding, following the car in front of you too closely can be dangerous. Rear-end collisions account for:

How can you avoid being a part of these statistics? Leave a “safety cushion” of about two seconds between you and the car in front of you.

5. Not Using Your “blinker”

Not using a turn signal, or “blinker,” could result in a turn signal violation depending on your state. As simple as it may seem to “flick the switch,” drivers neglect to use their turn signals roughly 750 billion times a year! The result? A report by the Society of Automotive Engineers show this neglect causes about 2 million crashes per year in the U.S. alone. Do your best to remember to “flick the switch” when you’re:

Even if it’s not required by law in your state, using your turn signal could help prevent a dangerous car accident.

Operating a motor vehicle under the influence of alcohol may be referenced with different wording depending on your state or jurisdiction. They may be worded as follows:

These offenses are serious and should not be taken lightly.  All of these offenses indicate that the individual has been apprehended by a police officer, while operating a vehicle under the influence of drugs or alcohol. The officer only needs to have an inclination that an individual might be intoxicated from their behavior. Some of these behaviors may include:

The main example of an unsafe lane change is when a driver is veering from one lane to another without signaling. An officer may spot a series of actions by one car, and reach the conclusion that a driver is behaving recklessly. This may be because the driver is:

In order for the officer to issue a ticket for ‘unsafe lane changes’, the driver must have weaved out of their lane and into another lane without taking precautions.

If your vehicle enters an intersection any time after the signal light has turned red, you have committed a violation. Police Officers have the right to pull you over even if you inadvertently enter the intersection when the signal changes. If this happens while waiting at a light to make a left turn, this is not considered illegally passing a red light. Please note the following information regarding red light violations:

Did You Know? Over 55 percent of Americans admit to running red lights.

Peeling off will get police attention. Speed competition laws generally cover several types of car and motorcycle racing such as:

These laws generally cover several types of car and motorcycle racing. These laws typically make it illegal to drive a vehicle on a highway, or other premises open to the public. This is regardless of whether it’s in a race, speed contest, or acceleration contest. Any of the following could be considered “Peeling Off”:

The penalties vary significantly by state. Depending on the jurisdiction and circumstances of the case these offenses can be infractions, misdemeanors, or felonies. Potential penalties include:

For purposes of these laws, street racing doesn’t necessarily have to be side-by-side drag racing.

This is an easy one! Having an expired registration sticker is an easy way to get the attention of the police. It is the owner’s responsibility to:

Did You Know? If you do not have insurance, police can quickly tell by running your license plate.

Everyone knows the movie scene where a cop smashes a taillight to justify a traffic stop. But in real life, there's little need for that, our experts say. People commit a multitude of code violations all on their own. Leading the list are:

Racking up lots of unpaid parking or traffic tickets is an easy way to get the attention of the police. It is your responsibility to:

Did You Know? Unpaid traffic citations can lead to:

This is a catch-all category for common violations:

14. Not Moving Over or Slowing Down for Emergency Vehicles

Many drivers aren't aware that there are laws requiring them to move over or slow down while passing an emergency vehicle on the side of the road. All 50 states except Washington D.C. have a Move Over law. Not pulling over or slowing down in some states could result in:

This is a serious law as it protects the men and women working alongside our busy, and often dangerous roadways.

16. Not Turning Headlights On When its Raining

Day or night, many states lawfully require drivers to keep their headlights on while their windshield wipers are in use. The rain impairs vision and reduces visibility of all drivers, even in the middle of the day.

Keeping your headlights on both increases visibility for the person driving the vehicle and makes it easier for other vehicles to spot said driver. Remember, headlights work both ways for increasing visibility.

Littering is a crime. Anyone caught littering can be pulled over and ticketed. Convicted litterers can also be ordered to clean up a littered area in a community. Illegally dumping more than 500 pounds is considered a misdemeanor in some states.

Click HERE to see the Litter Law in your state.

18. Changing Lanes in the Middle of An Intersection

If a witnessing police officer considers the mid-intersection lane change unsafe, you can be cited for it.

Rule of thumb: Don’t change lanes within a 100 feet of an intersection!

The opposite of a speeding violation is a violation for driving too slow, which can cause a hazard by blocking the flow of traffic. Most commonly, an officer will pull you over if you are driving too slow in the left passing lane.

The police officer only needs reasonable suspicion of a Vehicle Code violation to pull someone over. To justify an investigatory stop, he only needs to observe that the windows on a vehicle are tinted to a degree that would violate the Vehicle Code.

Click HERE to view the darkest legal tint percentages in your state.

Being unaware of violating a law,

does not mean you won’t be pulled over.

Just because you aren’t aware that you are violating a law does not mean you won’t be pulled over.

Disclaimer: The information contained in this course not intended to be consider legal advice. Please consult an attorney for legal advice.